Many job search candidates are over 45, and concerned that their age is a large obstacle to finding a job. Research indicates that this is not the reality in today’s job market. Mature workers bring value: they are able to make better decisions, train/mentor others, and work as part of a team. They bring a larger network as well as the capability to achieve greater things. Below are listed several common myths and the actual facts that disprove them.

Myth #5
Older workers are more likely than younger workers to leave for another job.
Fact
The Bureau of Labor Statistics claims that 55 to 64 year-old workers have a median length of service of 9.3 years while 25 to 34 year-olds have a median tenure of only 2.9 years.

Myth #6
Older workers cannot adapt to new technologies.
Fact
Research confirms that motivation, not age, is primarily linked to the ability to use technology.

Myth #8
Older workers are sick more often.
Fact
The American Council of Life Insurance reports that people 45 and older call in sick an average of 3.1 days per year compared to 3.8 days per year for those 44 and under. 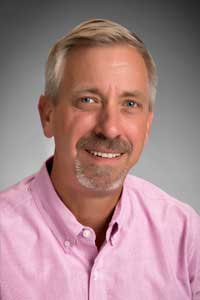