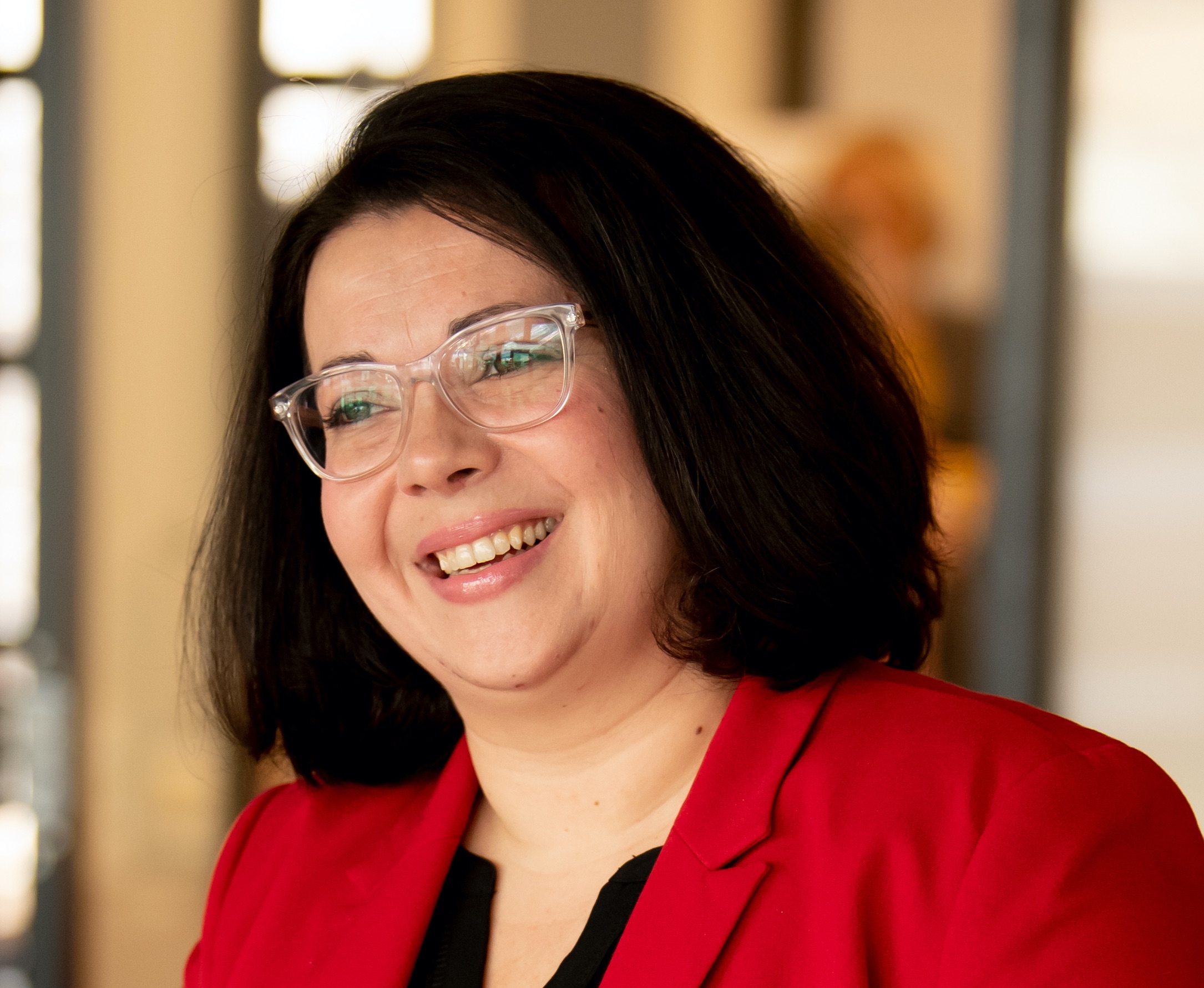 In 2003 Jennifer Kartychak started her accounting career at a local public accounting firm. That is a typical approach for most aspiring CPAs. However, her career journey is anything but ordinary.
For seven years, Jenn gained experience with both a regional firm as well as an international accounting firm. She gained a broad range of experience serving a wide variety of clients.
Having always been goal-driven, she initially set out to become a manager at an accounting firm. After her promotion to manager, she reflected on what would be the best path forward in her career. There were two things she knew: she loved technical accounting, and she loved helping others. Jenn decided to explore career opportunities that would allow her to draw upon these strengths.

An opportunity outside public accounting became available that required this unique skillset. After a successful interview process, she shifted careers from public to private accounting at a large publicly-traded company headquartered locally. There, she continued to strengthen her passion for the technical side of accounting and put all her efforts into helping one company. As time went by, life happened. During her time there, she got married and had two kids. After the birth of her second child, she again began reflecting on what she wanted most out of life. While her career was still very important, her family and the need for flexibility became a top priority. After trying unsuccessfully for a more flexible schedule, she decided to pivot once again, back into public accounting of all places.
Jenn negotiated with the firm and accepted a newly created and unique position. This position offered a flexible schedule that was less than full-time, allowing for the work-life balance she sought. Though that’s what she agreed to, as time went on, her position evolved. She went from project-based work that filled her creative and technical side to more traditional (and billable) accounting assignments. Over time, her hours increased as well as her responsibilities. With three young children, she found herself working more than ever, which was the opposite of her intention when she accepted the opportunity. Despite reaching out and trying to restructure an arrangement that worked for both herself and the firm, she found herself being asked to leave. This came as a surprise and placed Jenn in an unfamiliar position: someone other than Jenn triggered a need to reflect on career priorities once again.

Part of her severance package included a program with Career Partners. Even though this benefit was immediately available to Jenn, it would be a month before she started her journey with them. Mark called two weeks after she was let go to check-in and talk about how CPIBN could help. At that point, Jenn was not ready. A few weeks later, when Mark reached back out, she was all in. She was grateful for his ability to respect her space and help develop a timeline that worked best with her needs.
Anyone placed in this position knows the range of emotions that go with losing a job. Jenn reflected on one of her first meetings with Dottie, where she took to heart Dottie’s trademark 4 T’s: Tears, Time, Talk, and Trust. She experienced them all in her own time. 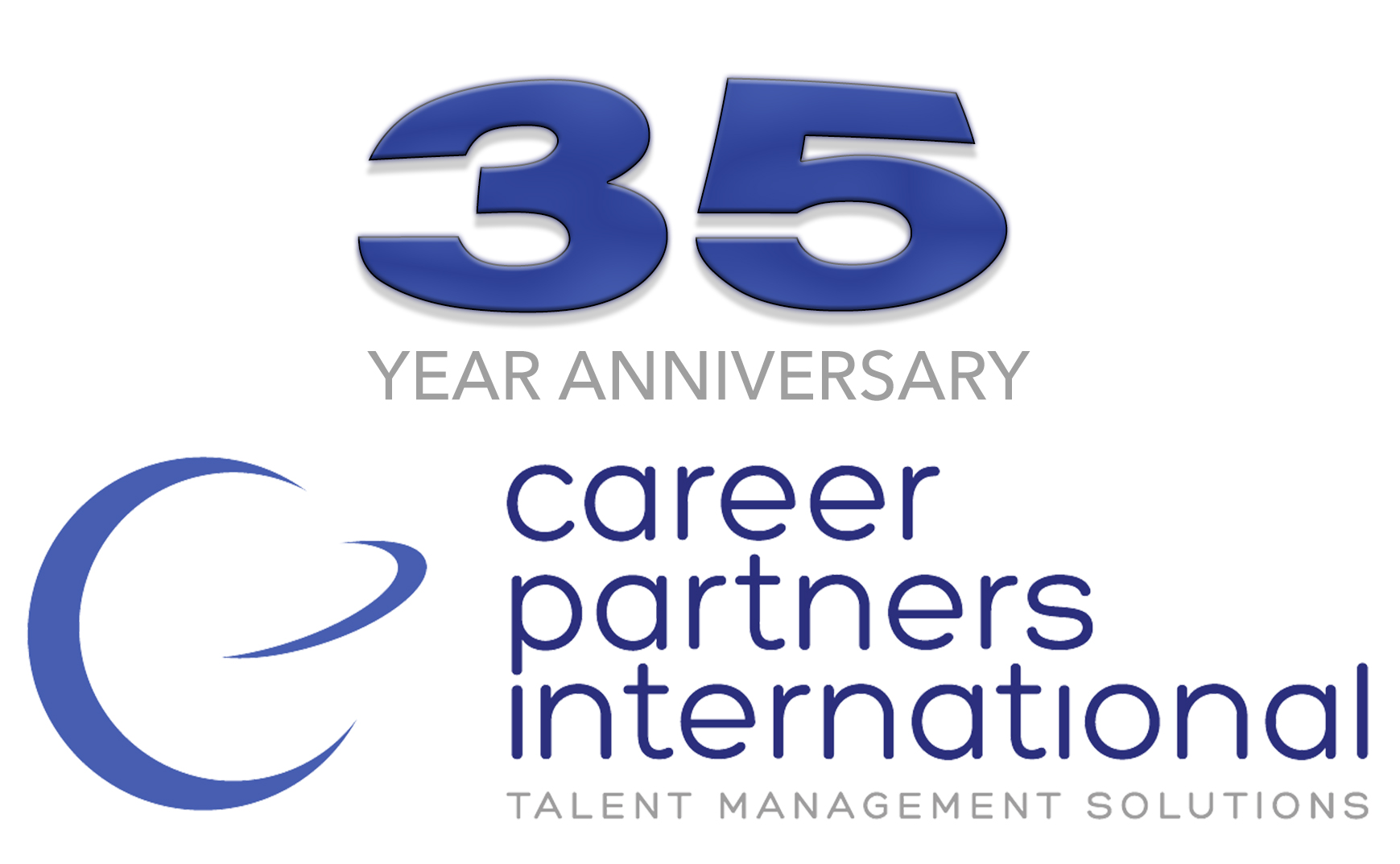 When Jenn sets a goal, she will work tirelessly for it. Looking for her next opportunity in her career path became her full-time job. She didn’t just show up; she put in the work. Jenn attended every class, putting complete trust in the team and embracing the process. A testament to the stake she put in her class exercises, she keeps the values exercise close to her desk and reflects on them often. After working in an environment that did not reconcile with all of her highest-ranked values, she vowed would be alignment with future opportunities.
Jenn was determined to find an opportunity that shared her family values as well as other top priorities. She once again wanted to find a position that provided her with flexibility, including time commitment as well as location. She wanted an honest company, one that challenged her and where there was an expectation that team members exercised competence. The list was non-negotiable and a tall order. Her search started well before the dawn of the COVID-19 pandemic, and flexible scheduling, as well as remote telework, were not common for most opportunities, especially when you layer on technical accounting with a desire to tap into her creative side. It sounded almost impossible. But Jenn was firm in her desire. 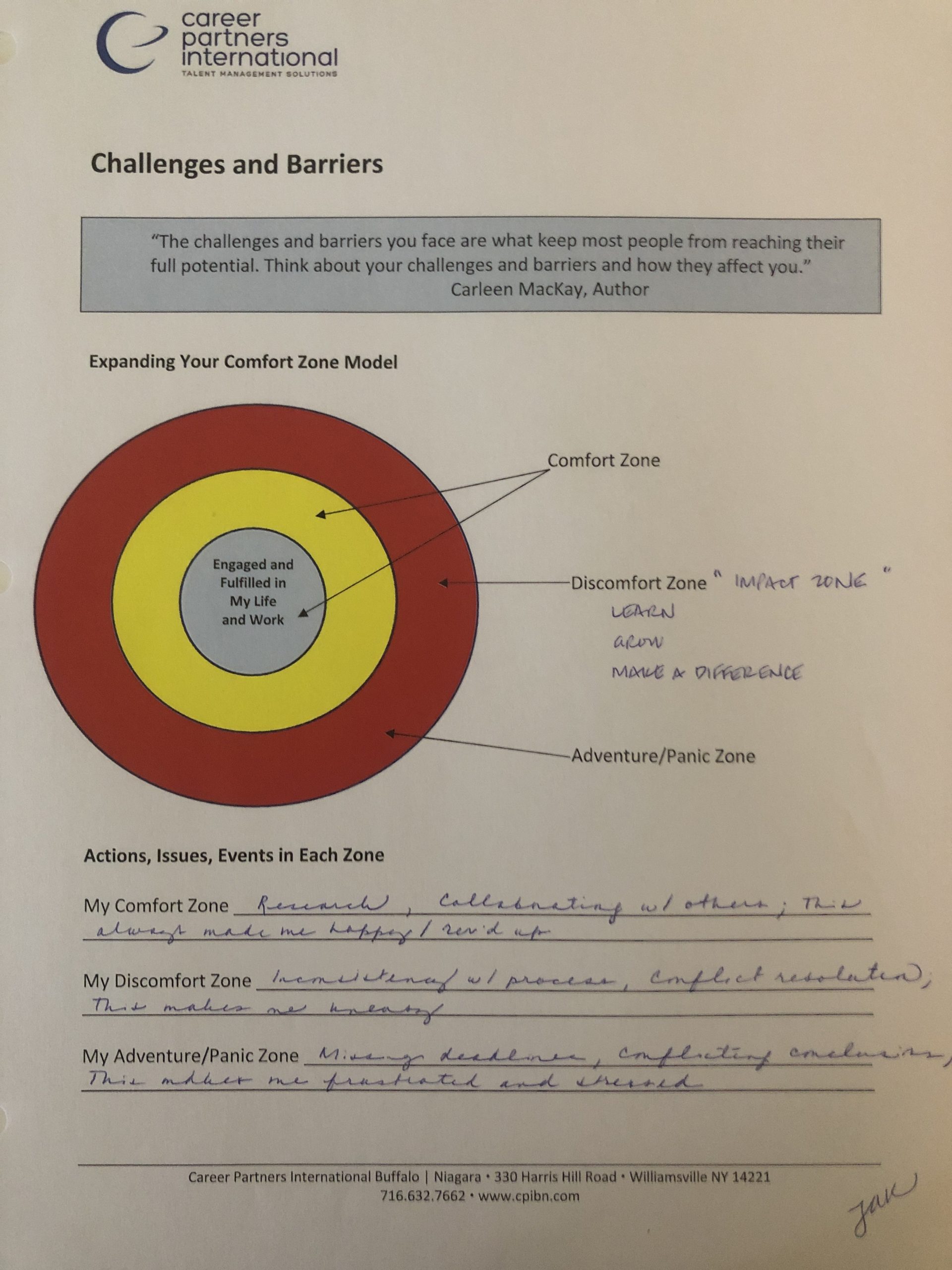 Focus on what you want, then figure out how to get it

About two months in, and with her CPIBN training fresh in her head, she moved to find that perfect position. She leaned on Todd’s trademark statement of “Focus on what you want, then figure out how to get it.” What she wanted was clear. She worked hard to establish an “opportunities hopper” with a goal of at least one interview a week. She didn’t leave any opportunity off the table. She looked at contract work and even public accounting opportunities. Though there was some interest in some positions, the Top 5 (or 6) values she wrote so early in her journey kept coming back to her. She knew this time she didn’t want to settle.
She saw a position at a learning and development company specializing in continuing education for CPAs. The open opportunity aligned with her technical accounting capabilities and also seemed to check the boxes for some of her other top priority values. She submitted her resume but did not receive a response. After about three weeks, she decided to apply for another open position at the company and once again submitted her resume and supplemental materials. This time, she heard back, almost right away.
Little did she know that that call was the start to checking off every one of the top priority values she had initially identified in one of the first exercises in her program with CPIBN. One that met her top value of family to fulfilling her career goal of balancing her love for technical accounting and her passion for creative solutions and helping people. At the time, starting a new position in January 2020 didn’t seem like anything out of the ordinary. Little did Jenn know that just a few months after accepting the position, a global pandemic would hit, causing most companies to reassess how they operate. Her company was no different. They had to pivot their business model to make sure they could continue to grow as an organization. Jenn was able to keep her flexible schedule, which was even more critical than ever since all her kids were home, and she had to homeschool on top of her work. Jenn became even more assured that the journey that brought her to her current position, though challenging, was the best thing that happened to her. She found her dream job and her dream company that happened to closely align with all of her most treasured values. 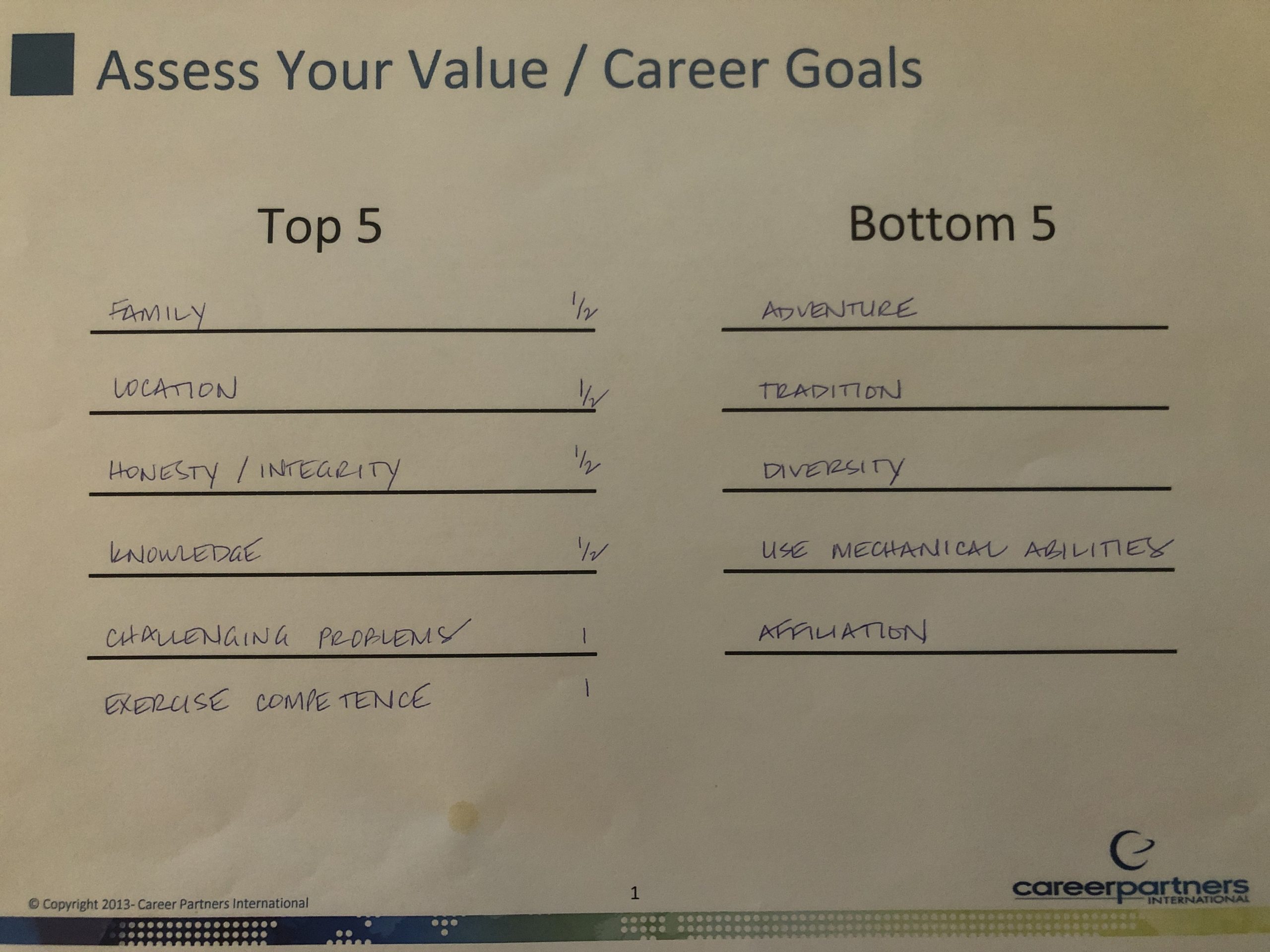 Life is ever-changing. Your priorities will inevitably shift. There may be times you want to add more to your plate, and other times you want to scale back. Jenn is thankful to experience fulfillment in her career as well as her personal life. Her career choices provided her time with her family as well as time to pursue other side projects. She recently started her own consulting company. All these decisions allow her the freedom to flex up and flex down her career as she sees fit. She is truly in the driver’s seat. 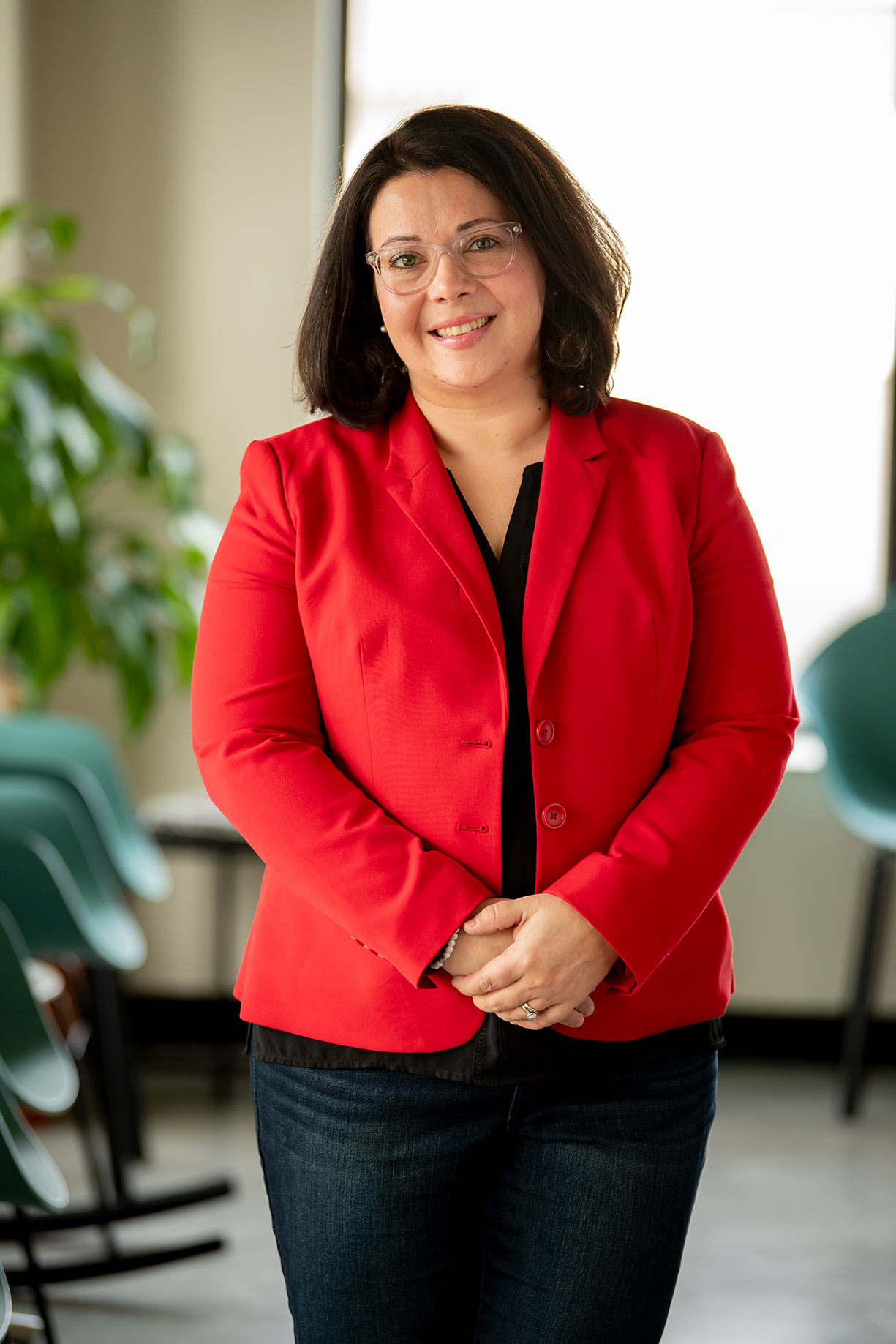 Reflecting on her journey through managing feelings with job loss to her experience at CPIBN and ultimate career transition, she wanted to share a few words of wisdom: 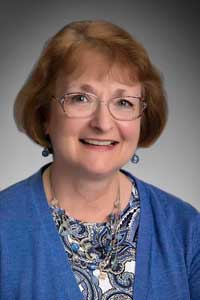 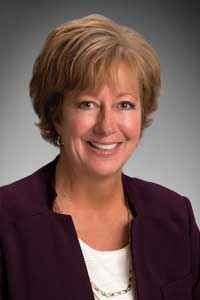